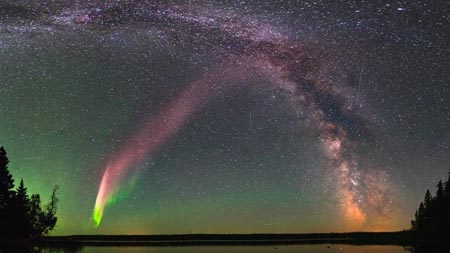 Long before western Europeans began colonizing North America indigenous people  had established rich cultures, based in a deep spirituality. This must never be forgotten. It has left an indelible imprint on the land and its people, despite the cultural genocide that occurred. The following experiences were sent in by a 72 yr old survivor of the horrific residential school system here in Ontario.

"I am Native Canadian, of the Ojibway Nation .In the years that I spent in the north bush, I saw some pretty strange things, that most whites wouldn't relate to, as I was raised in the old ways and ancient customs of the people.

The Ojibway are known as a very spiritual people.I was raised to believe that all living things have a spirit, and some of those strange things that I saw, proved this to be far more then just a belief.

My parents died when I was five. My Grand father told me that in the spring that I was orphaned, my parents were taking the winter’s catch of furs down river to the fur buyer at the band office. He was in a big rush and got into the canoe without offering tobacco to Mishepishu the water demi-god. When he tried to run the rapids instead of portaging, the canoe capsized, and as the ice had just left days before, they drowned within a minute of hitting the water.

The tobacco offering was to ensure safe passage. When they were buried, my Grand father saw 2 wolves on the small hill over looking the grave yard, but no one else did. Ends up, the tracks were sure there though. The day before the ceremony, I was on that ridge with my Grand father, and the only tracks that we saw was from a moose.

My family is of the Wolf Clan, and the old ways state that when you pass on, your animal spirit guides will come to assist. I went on a mission quest when I was 17. I was in the bush alone for close to 2 months, and had visions of wolves fighting demons, with the Thunder Birds flying around overhead to aid if needed. My Grand Father found me scouring the bush, looking for evidence of this fight, and we found 2 dead wolves and an eagle, they had all died within the past 3 days.

I’ve spoken about this with a councillor and he chalked it up to coincidence, but I sure wonder. I was seeing him to help combat the effects of 11 years in the Residential schools. Only recently, 7 years ago in fact, a group of international mental health experts who studied this at length, determined that the Schools, have caused over 8 generations of PTSD in various stages, which accounts for the many problems and dysfunctional family life on a lot of the reserves.

I have always had a very deep interest in the spiritual area, ever since I first heard stories of Pah-kuk. He is a Demi-God, who can forecast either sickness or death. If his presence is noted by a smell, then it means a lot of sickness. If he is heard, then that foretells death. This fascinated me as a young child. My Uncle told me that the last time Pah-kuk came to the attention of many, a lot of Indians smelled him, and the Smallpox killed many of us shortly after. I believe this because I remember just before coming south to Toronto, a number of us detected an awful odour, and we were told that what we smelt was Pah-kuk. Within two weeks, over 30 people on my reserve ended up with the worst case of flu ever seen in the Ahnish’nahbeh Aski area. Several died.

That started in me, a very deep respect for the spirit world, or what you call the paranormal. It was reinforced again, when my close friend’s mother passed. For almost 3 months before she died, every now and again, she would hear a very load knock at the door. No one else could hear the knocking. When she went to answer, there was no one there. About 3 or 4 times a week, this would happen. A week before she passed, she took ill and had to be admitted to hospital, and several days later, succumbed to a massive heart attack. My friend told me that his mother took the knocking as a sign, and started getting all of her affairs in order. She wrote notes of instruction, laid out her burial clothes before going to hospital.

I am certain that she heard Pah-kuk, or whatever the Mohawk people call him."

Our appreciation and thanks go to J for sharing his experiences and knowledge with us.

Some further research into this Pahkuk reveals that:

Swampy Cree of the lower Saskatchewan River and Manitoba knew of the spirit Pahkuk and reproduced it as miniature dolls of stuffed moosehide with blackened birchwood heads, which they carried about as protective charms.

"The Western Woods Cree lived aboriginally in the boreal forests from Hudson and James Bays westward to the Peace River in Canada and have believed that long after deceased relatives and friends had been called by pahkuk from the land of the living, they might be observed on a cold winter night when the bright colours of aurora borealis shifted like quicksilver across the dark sky, in what the natives called ‘the Dance of the Spirits.’ If a man's gun and other possessions had not been properly buried with his corpse, his soul would remain to haunt the camp, and would be seen by natives in the mists which rose from swamps and bogs. The Cree believed that, once freed from the body, a soul began the journey to another world and soon arrived at a river. If a person had spent his life unselfishly and committed no offense, his spirit crossed in safety to a land of plenty; but if his sojourn on earth had caused trouble for his fellows, the unfortunate soul fell into the murky waters or was transported to a cold and barren land to suffer hardship for the rest of eternity (Mason 1967, p 58) 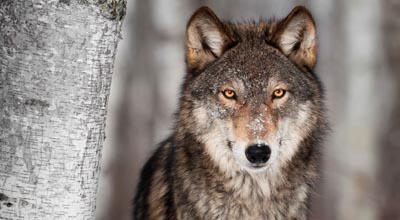