Brooklin ON UFO Report With Photos

The following was sent to us on October 27th:

"I am forwarding a photograph that was taken on 12-Sep-04 @ 4:18 pm by my son. This picture was taken facing E over Oshawa from Brooklin (which is a hamlet of Whitby) in Ontario Canada. The picture shows two objects that were NOT noticed by any one at the time. I only noticed it, when I decided to down load the images on to the computer. These pictures were not altered in any way what so ever. My son was taking a picture of his friend at the time. 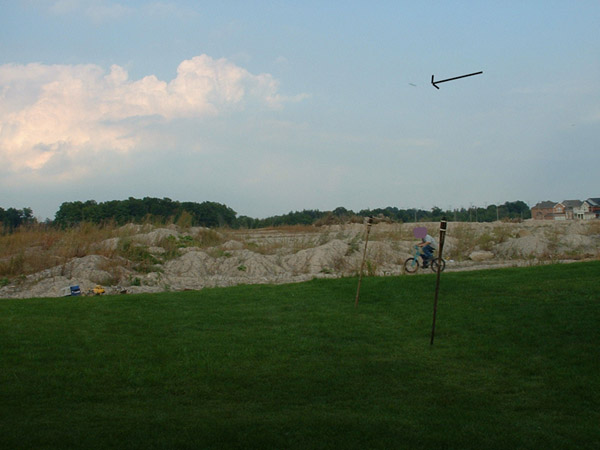 I don't know what they are, I have used Micro-soft Image Preview to zoom in on the objects to see if I could figure out what they are. I sent (via email) a copy of the picture to a friend, and he noticed not only the two larger objects (one just off of the middle, and the other to the far right, duller in colour and farther away), but two more in the sky, in the clouds that seem very far away." 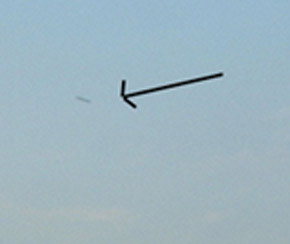 Please note: There is nothing in the foreground or background of the photo that allows us to estimate an altitude or distance. I have seen many similar photos of insects and birds that give the appearance of a disc like object and since the witnesses did not report visually sighting anything unusual at the time I tend to lean towards this as a possible explanation. We would still like to hear from anyone whom may have seen something similar on this date and time in Brooklin or Oshawa, Ontario please contact us. Thank you to the witness.