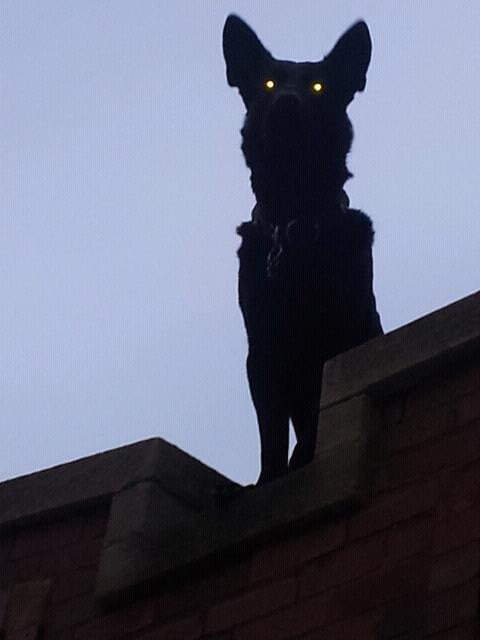 Death Omens are found in many different cultures and in almost every part of the world. They can be as simple as watching a picture fall off the wall or as hard to understand as the cry of the banshee. The list of omens is quite long.

Why is this? Why do people search for these clues?

What is the obsession that humans have with death?

The quick and simple answer to the questions above is that death is something most of us do not fully understand. We do not and cannot know with 100% certainty what if anything is on the other side. We wait until our time comes and it is our turn to find out what lies behind the dreaded word death.

Some people turn to their faith and take comfort in what they are taught. Others try to learn as much as they can about the physical processes of death and dying.

The problem with the latter is that you can learn about the physical aspects of death and dying, you can be shown and taught what to look for when the time is near, but once a person has died there is nothing to learn any further. In the end the results are always the same. No one knows what's on the other side until we get there. As humans the unknown and the inability to control things puts us on guard and makes us uneasy. So we continue our quest for understanding the unknown. Below you will find a list of the most common death omens and a summary of what they mean.

Please be advised these are not medical warnings they are simply the old ways of trying to pin down a time line, they are for information purposes only! And should not be used as anything more than entertaining reading.


Simple Warnings that a death is about to happen

A picture that falls of the wall for no apparent reason

A clock that stops

A clock that fails to chime or ring

A mirror that breaks while still on the wall

A bird pecking at a window

An owl seen during the daytime

A dog that howls for no reason during the night

Hearing a mournful cry or howl

For Irish families this could be the warning cry of the banshee.

Hearing horse hoofs or a carriage outside your home

Could be the sound of the Coach-a-Bower, another old example of Irish folklore.

Seeing a black dog with or without glowing eyes

Could be the black shuck or "death dog"

It is long believed that a person that is about to die, will see and sometimes talk to what seems to be people in the room that can only be seen by the ill person. There are many different theories on who or what they are talking to. Christians believe it is Jesus or Angels that have come to guide the person to the other side. Others believe it is family members that have already passed on making the transition from this world to the next easier. Others think it is nothing more than the ill person's brain shutting-down.

It is not uncommon for the ill person to have been through some very hard days. It is said that sometimes they do have a good day just before they die. Where they are able to talk and laugh with love ones.

There are many medical signs to look for as well, but I will not go into these as they are not always apparent to the caregiver and there are also many other reasons that the signs may be present other than an upcoming death. If you wish to know more please talk to your physician.

Turn all the mirrors around or cover them. It is said that the spirit will be confused if this is not done.

Stop the clock at the time of death. It is a sign of respect.

Insure that the body leaves the house by the front door

The body should leave the home feet first

It is said that if the head goes out first the spirit may return. (Many funeral homes do this automatically, but I think it is also a sign of respect that this is done)

Open windows in the room

They say that the windows in the room where the death occurred should be opened after to allow the spirit to leave.