For past investigations, and the history, and ghost stories associated with this location when the theatre was using a different name please read the article entitled The DuMaurier Theatre. 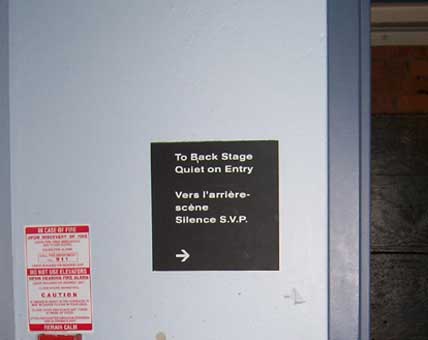 In January 2009 we returned to the Enwave Theatre, and continued with our EVP experiments. Matthew, Sue, John, Maria, and Ian conducted the investigation, and assisted John with both interactive, and abandon and retrieve EVP collection methods. We are going through our tapes, and anything of possible interest will be posted to this page.

We were very fortunate during this investigation to be able to interview a new witness to the ghostly activity at the theatre. The witness is a current staff member of the Enwave who in the past couple of month while cleaning the stage area was startled when he saw what appeared to be a woman while looking downwards. He was initially startled as he was the only staffer in the building at the time. When he quickly glanced upwards he was further shocked to see that the woman who was dressed all in white appeared to be headless. He could clearly see her legs, torso, and arms, but nothing where the neck, and head should be. After a few brief moments she vanished before his eyes.

While admitting he was very frightened at the time, the staffer did tell us he continued his work that day, and will stay on with the theatre because although he knows these things do exist because of seeing it with his own eyes, he also has a very strong belief in God, and does not believe God would allow him to be hurt by ghosts.

We very much want to thank the member of the cleaning staff  (witness wishes complete anonymity) who shared this with us! Could this in fact be Ontario's very first reported headless ghost! 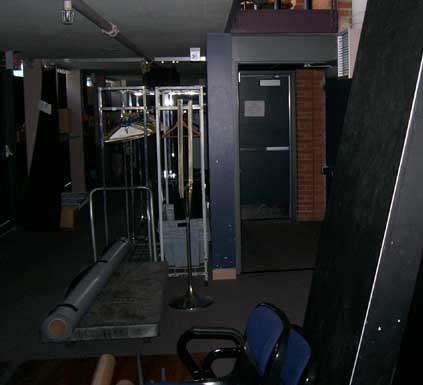 Backstage at the Enwave 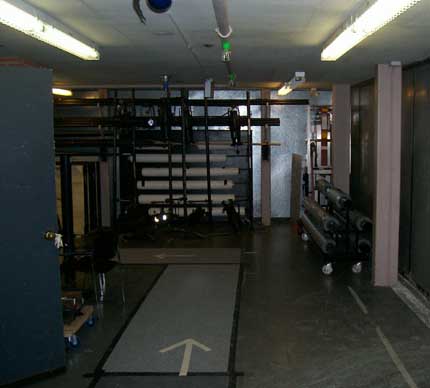 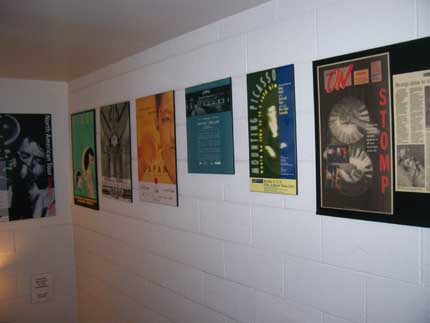 Posters from previous shows in the dressing rooms 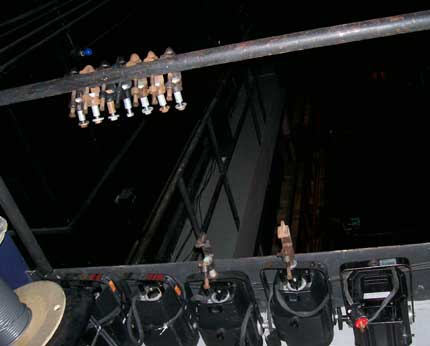 Up on the catwalks 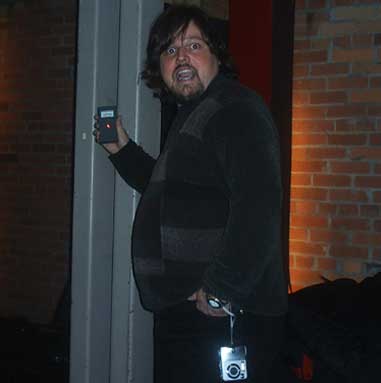 Matthew with the machine that goes ping - EMF detector

Experiments were conducted both with, and without a medium in attendance. Both interactive, and abandon, and retrieve methods were used. Neither ParaResearchers nor TGHRS staff were able to obtain clear and audible EVPs that could be presented without enhancement.